Free Entry in Dubai Parks for People of Determination’s Companions

The National Policy for Empowering People with Disabilities was launched in April by the Vice President and Prime Minister of the UAE and Ruler of Dubai, His Highness Sheikh Mohammed Bin Rashid Al Maktoum. They’ve been called “people of determination” ever since.

People of determination enjoy certain privileges, such as free entrance to public parks. Starting today, this privilege is extended to their companions. Dubai Municipality has announced that two persons accompanying people with special needs shall be given free entry to public parks.

People of Determination’s Companions Given Free Entry in Parks

Dubai Municipality announced that people of determination, along with two of their companions, can enter certain places for free. These include public parks, Dolphinarium, Children’s City, and the much-awaited Dubai Safari Park, which will open next month.

“Since its establishment in 1957, Dubai Municipality has committed itself to providing the highest levels of care and support to people of determination, and has prioritised the provision of a variety of quality services to this category,” stated Hussain Nasser Lootah, Director-General of Dubai Municipality.

“We have also taken care to modernise, develop and facilitate the services within our facilities, service centres and projects in accordance with international standards and experiences,” he added. 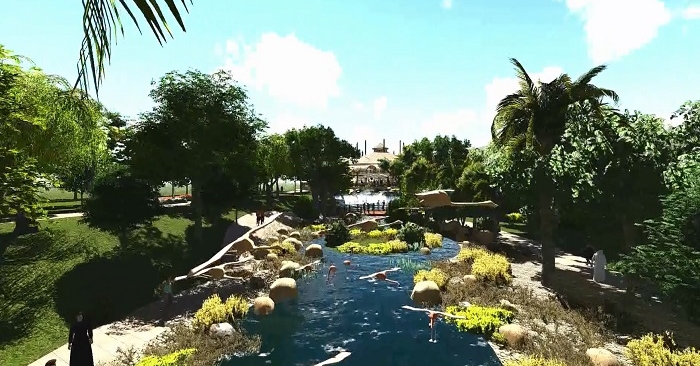 Meanwhile, Dubai Municipality’s Assistant Director-General for Public Support Sector, Ahmad Abdul Karim, has remarked: “Dubai Municipality has made it a place friendly for people of determination and aims to make people of this category happier.”

Likewise, a member of Dubai Municipality’s team for people of determination, Muna Khalifa Bin Hammad, explained that they have provided special facilities in public parks. These include specialised fitness equipment, children’s toys, and wheelchair services — all for free.

All of these special privileges for people of determination fall under “My Community is a Place for All,” an initiative launched by the Crown Prince of Dubai and Chairman of the Dubai Executive Council, HH Sheikh Hamdan Bin Mohammed Bin Rashid Al Maktoum.

Indeed, Dubai Municipality deserves a pat on the back for doing everything they can for people of determination. Aside from special facilities, did you know that you can browse books in parks, too? Check out this article about the launching of libraries in Dubai’s public parks last June.

Attention, skaters and riders! There’s a new place in town where you can show off your skills in rollerblading, skateboarding, long-boarding, balance biking, and...
Read more
Adventures

A Visit to the “World’s First Smart Park” in Dubai

Imagine park benches that can recharge your phones, solar-powered shades that produce drinking water, and a mobile app for booking event areas! All of...
Read more
News

With the reopening of the Dubai Safari already in the works, visitors can look forward to new animal residents at the safari, an Adventure...
Read more
News

There are different kinds of parks in Dubai -- there’s a park for dogs, and there are parks with libraries where you can read...
Read more
News

The much-awaited Dubai Safari is set to open within the next few months. The Director-General of Dubai Municipality, Hussain Nasser Lootah, inspected the site...
Read more
Events

There’s a Flea Market Happening in Public Parks in Dubai

Bargain hunters in Dubai, you might want to wander in the nearest park in your area as there could be a flea market happening. The...
Read more

She's back! Nicole Smith-Ludvik, the Emirates flight attendant who pulled a stunt by being on top of Burj Khalifa, returns for another promotional video. In...
Read more
1,192,564FansLike
18,242FollowersFollow
2,546FollowersFollow
2,340SubscribersSubscribe